MRSC offers competitive swim teams for all ages and ability levels geared for age specific training to help develop each individual swimmer to the best of their abilities. 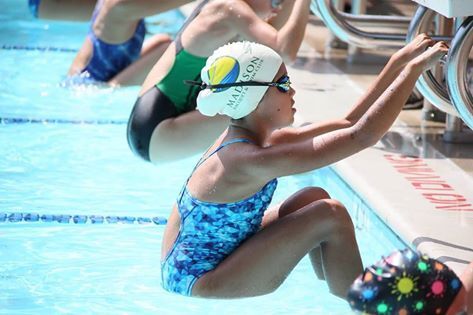 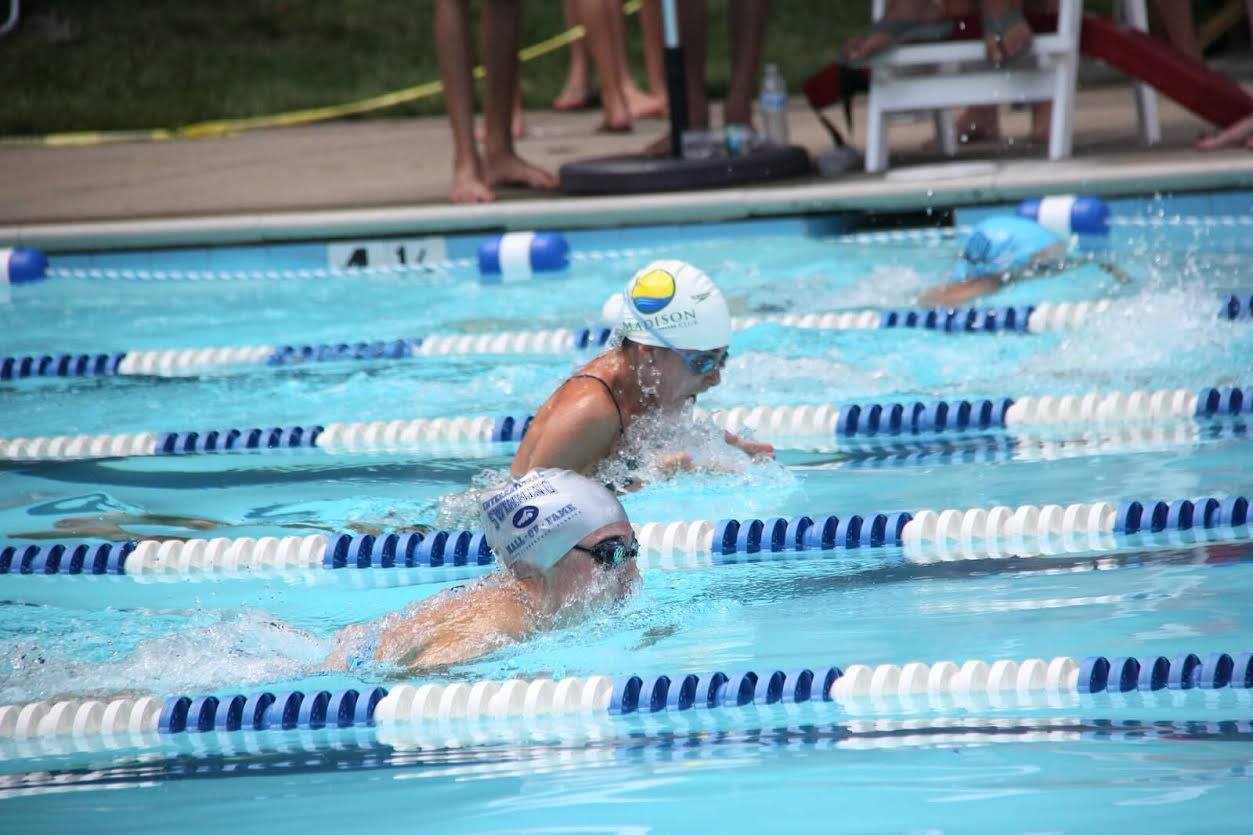 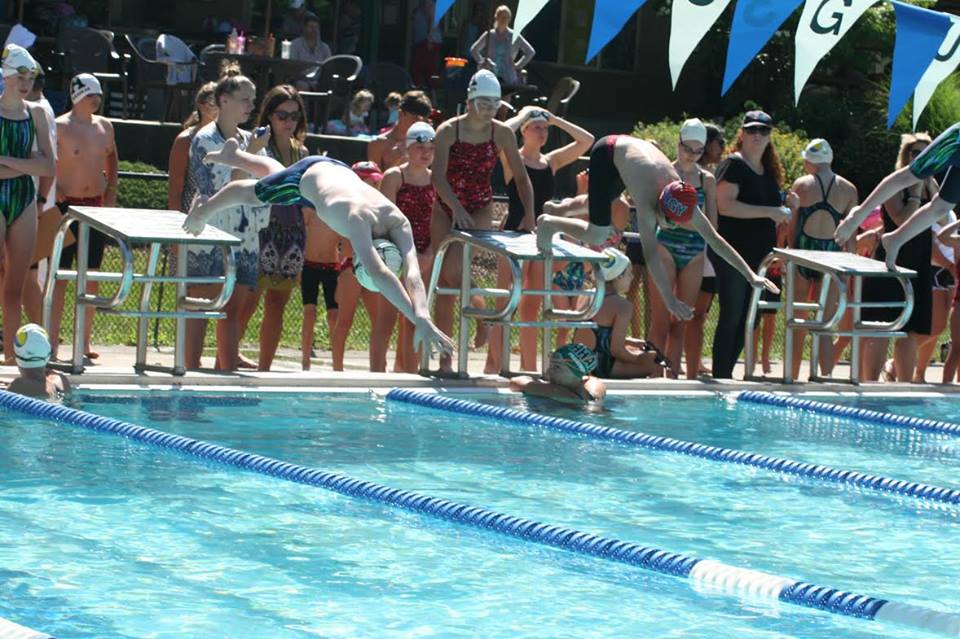 The MRSC MADMarlins Intro To Team is a great way for children to learn and love the sport of swimming after advancing out of private lessons. Our experienced coaching staff works with swimmers of all age groups to make sure each child has a fun and successful season. During practice swimmers learn the four competitive strokes, starts, turns and the rules of competition.

The MadMarlins Junior Swim Team is a competitive program competing in the Connecticut Private Club Swim League and are the defending Champions. The season starts in June and the Championships will conclude on July 26th. Dual meets will be held on Saturdays beginning June 25th. Swimmers will be required to participate in two dual meets in order to participate in Championships. 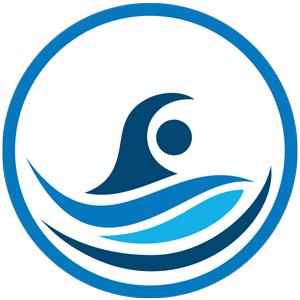 Shoreline Aquatic Club (SLAC) is MRSC’s USA Swim Team Program that is for the swimmer interested in a higher commitment and the next level of competitive swimming. Our mission is to inspire, empower, and motivate our athletes to perform at their highest level. SLAC will compete in USA Swimming sanctioned meets. SLAC members will also be members of the MADMarlins swim team and will compete in two MADMarlins dual Meets and Yankee League Trials.

SLAC’s spring/summer season where athletes swim in meters. Swimmers compete in the 50 meter olympic size pool, which is over double the size of our training pool.

Please contact Coach Christina at cbforristall@gmail.com for any additional information or questions or to schedule a tryout.

Fun, confident and competitive in the water.

Shoreline Aquatic Club (SLAC) offers training and practice groups for swimmers of all ages and ability levels. It is the goal of SLAC to offer age specific training for all of our athletes geared towards challenging and developing each individual to the best of their abilities.

Please contact us at (203) 245-9444 or aquatics@madisonracquet.com for any additional information on group practices or to schedule a tryout.

Minimum age for entry into this group is 12. Athletes entering the Advance group must display a strong desire to perform at the highest level they are capable of. Training is geared towards individual talents, although a strong aerobic endurance factor is present. Athletes in the Advance group are directed towards making their CSI Championship Time Standards.

Minimum age for entry into this group is 10. Athletes entering the Pre-Senior group must display a strong desire to train and perform at the highest level they are capable of. Training is geared towards individual talents, although a introduction of aerobic endurance factor is present. Athletes in the Pre-Senior group are directed towards making their CSI Championship Time Standards.

From the Novice group, athletes move into this group. Athletes are usually at least 8 years old and have completed the Novice Group move-up skills list. This group is exposed to training for the first time while trying to prepare for the 200 & 500 Freestyle and 200 Individual Medley races. Competing at swim meets is highly encouraged at a rate of about once per month.

Specifically for athletes 10 years and under new to USA swimming. 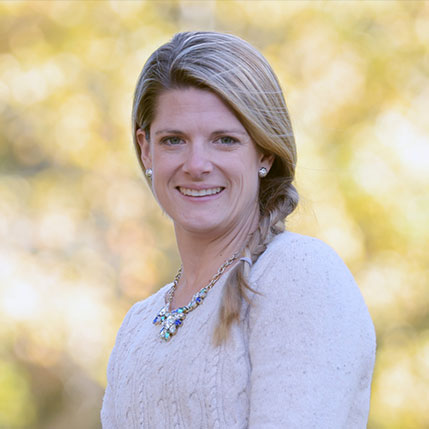 Christina Forristall has been coaching for close to 10 years at Madison Racquet & Swim Club as Head Coach of the MadMarlins Swim Team. Starting the MadMarlins initially as a summer league team, she quickly developed the team into a year round competitive program in 2008 joining the CT Yankee League. The program, which began with a handful of swimmers, has now grown to over 85 participants. In the 2015 and 2016 Short Course season the MadMarlins won their Yankee League Division and also won the 2016 Connecticut Private Summer League Championship.

With the success of the MadMarlins program, Christina began coaching USA Swimming in correlation with the Nutmeg Swim Team and interested MadMarlin swimmers. In the span of just four years, this satellite program grew tremendous interest in the USA Swimming circuit. Therefore, in 2016, Christina, along with Associate Head Coach Jen Lyman, started the Shoreline Aquatic Club (SLAC) where both coaches are dedicated and driven to offer a higher level of competition while providing a higher level of training.

As the Aquatic Director for Madison Racquet and Swim Club since 2004, Christina is responsible for providing the overall vision and leadership for the Club’s aquatic programs, coaches and athletes.

Christina holds a degree in Elementary Educations from Elizabethtown College in Pennsylvania where she competed collegiately all four years and was captain her senior year. She earned the honors of All-Conference Athlete all four years, qualifying for the NCAA Swimming and Diving Championship in the 100 Breaststroke her senior year. 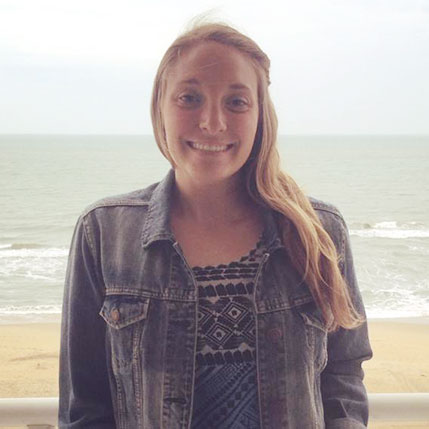 Molly has been coaching USA Swimming programs for seven years and has coached with MRSC’s Shoreline Aquatic League for the past two years. Prior to her coaching experience, She has been long involved in the sport having been a USA swimmer herself as well as a high school and collegiate swimmer. Molly enjoys working with novice and age group swimmers teaching them the technical aspects of swimming while at the same time helping them discover a passion and love for the sport. 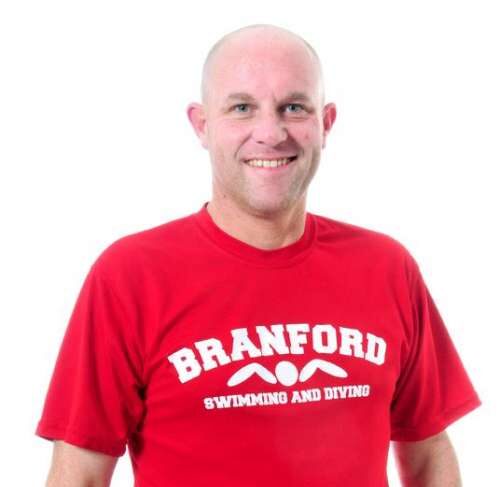 Scott has coached locally on the Shoreline since 1997. Currently he is the head coach of the Branford High School Girls Swim Team as well as SLAC at MRSC. In his 12 years coaching at BHS he has won a Class M State Championship and was runner-up twice and has worked with numerous All-State and All-Conference swimmers. He was also the BHS boys swimming coach from 2002-2012. He was named the New Haven Register Girls High School coach of the year in 2009 & 2012, was named the CIAC Girls Swimming Coach of the Year in 2014 and was named the CT High School Coaches Associate Girls Swimming Coach of the year in 2015. Outside of swimming, Scott is a 7th grade math teacher at Walsh Intermediate School in Branford and the proud father of five children with his wife Tracy here in Madison. 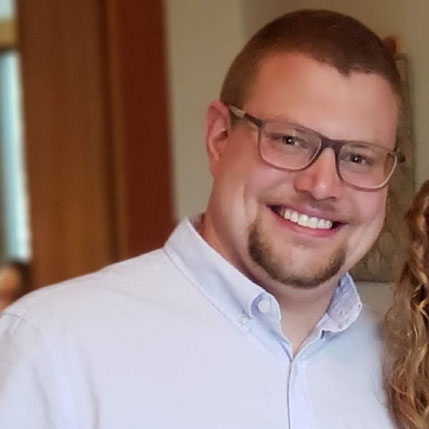 Tim Landon has been coaching professionally since 2015. A lifelong swimmer, Tim was a member of both the Valley Shore YMCA Marlins (2001-2008) and Central Connecticut Aquatic Club (2008-2010) where he was a two-time Sectionals Qualifier. He attended Franklin and Marshall College (2010-2014) where he was a Four-Year Athlete and Captain his senior year. He is a five-time Centennial Conference Medalist, setting a pool record his freshman year in the 400 IM. He graduated in 2014 with a degree in Classical Archaeology and Ancient History and Minor in Anthropology. In 2015 he decided to return to swimming and accepted a position coaching at the Valley Shore YMCA. He became the Head Senior Coach, where he helped Valley Shore achieve a number of new team records, Age Group Qualifiers, and Senior Cuts, as well as multiple Zone Qualifiers. 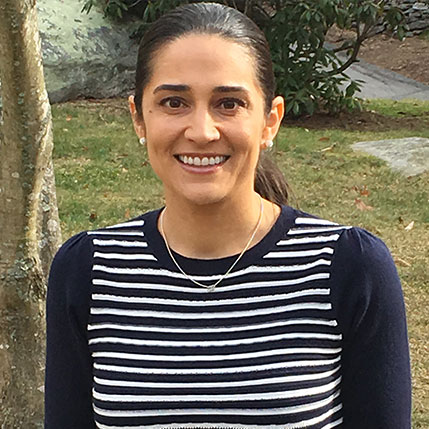 Bee Gordon has been coaching swimming at Madison Racquet Club since 2016. She is originally from Arizona and grew up competing in swimming starting at the age 6 and continuing through high school, competing at the state level in butterfly and freestyle. Foregoing athletics for academics in college, she graduated from Stanford University with a BA of Psychology in 2002. Bee also has an extensive fitness background spanning 15 years and carries certifications in classical pilates, Baptiste Power Vinyasa Yoga, TRX, Mad Dogg Spinning and is a NASM Certified Personal Trainer.

Want to Join The Club?

MRSC memberships are designed to accommodate your schedule and lifestyle. Membership benefits include discounted member rates for most of our tennis and swim lessons, clinics, and court time.